A well known and traditional pub/restaurant in Basel is the Gifthüttli. Its cosy interior with wood-panelling and decorative ornaments create an atmosphere so typical for a Basler "Beiz". 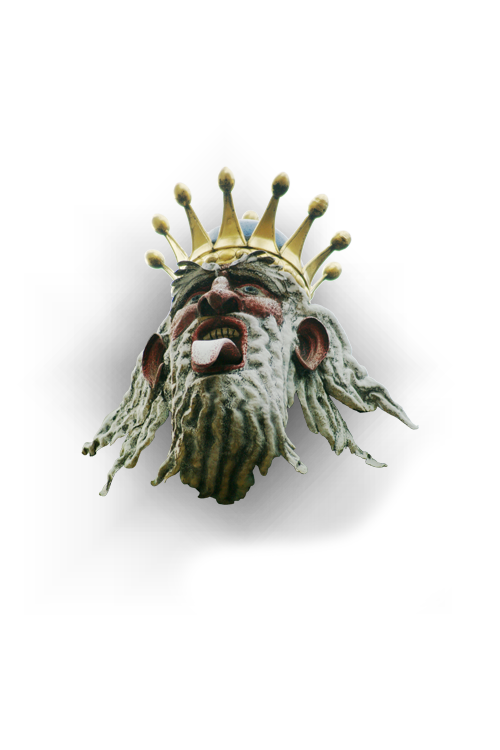 120 years ago, pubs served wine only. The beer trade was firmly in the hands of house breweries and their restaurants. So when Innocenz Weiss dared to be the first to serve beer in his pub 'zum Ritter St. Georg', he soon became the town's main talk. Even the local paper "Basler Nachrichten" decided to comment on it with an article that claimed

"... to drink beer elsewhere than at the brewery is like drinking poison (Gift)"

Proud to serve beer now, Innocenz Weiss took it not only with humor but also re-named his pub to Gifthüttli.

When in 1913 his great-nephew Paul Weiss-Lipp decided to build across the street, he instructed the architect Rudolf Sandreuter to do so in a traditional old-swiss style. The newly built restaurant was then given the well established name Gifthüttli and the original place was sold to the town for 48 000 Franken.

Paul Weiss-Lipp died in 1980 from influencia. His wife, Frieda Weiss-Lipp kept the restaurant going for some time, but eventually sold it to the brewery "zum Warteck" in 1928. Since then, the brewery manages the building and leases the Gifthüttli.

From 1990 - 2010 the place was leased and run by a family named Braun. The Gifthüttli is still very well known today and famous for the juicy cordon bleus. The menu, available in Basel-German, German, French and English, accommodates an international clientele. Some of our customers make reservations as early as a year in advance to be sure a table awaits them during their next visit - something that fills us with pride and gratitude.

The Gifthüttli in the media

You'll find everything about the Gifthüttli in our media list.

The wooden interior finish and the rustic-styled details provide a typical atmosphere of a "Basler Beiz". Enjoy some plain meals like our Cordon Bleu in diffrent variations. For lunch we're serving some affordable menus and with our "Menupass" every 11th menu is for free.

Sounds as good as it tastes!

Wine for every taste

In our restaurant is a tiled stove, the wooden walls recollect the architecture style of the last century. The carved faces in the wooden beams protect the "table of truth". On the curved wooden boards in our pub on the main floor and the "Stuube" and the first floor, you'll find some old drinking sayings witch deliver wisdoms of the old times. Forget the all the noise and stress and enjoy your meal or beer at our place.

Impressions of our house

Want to see more? Visit us and enjoy our traditional Basel house and cuisine.

Celebrate your birthday or company party at ours. In the cold winter days, we're welcome you in our Winter-Lounge with comfy fur and candles for an apero or an traditional fondue.

We're gladly help you organizing your personal event, to meet your wishes and expectations.

Enjoy the tastiest Cordon Bleu
in the city of Basel!

Not tried our Cordon Bleu yet?

Our rooms are a great place for personal and business events.

How to find us

The Gifthüttli lies in the heart of the historical old part of Basel, an area closed to traffic. The best place to park your car is in the Storchen car park, entrance in Spiegelgasse/Fischmarkt, from where it is only a few steps through Stadthausgasse and Schneidergasse to reach us.

Also over the holidays

An business of the Fine to Dine - Group